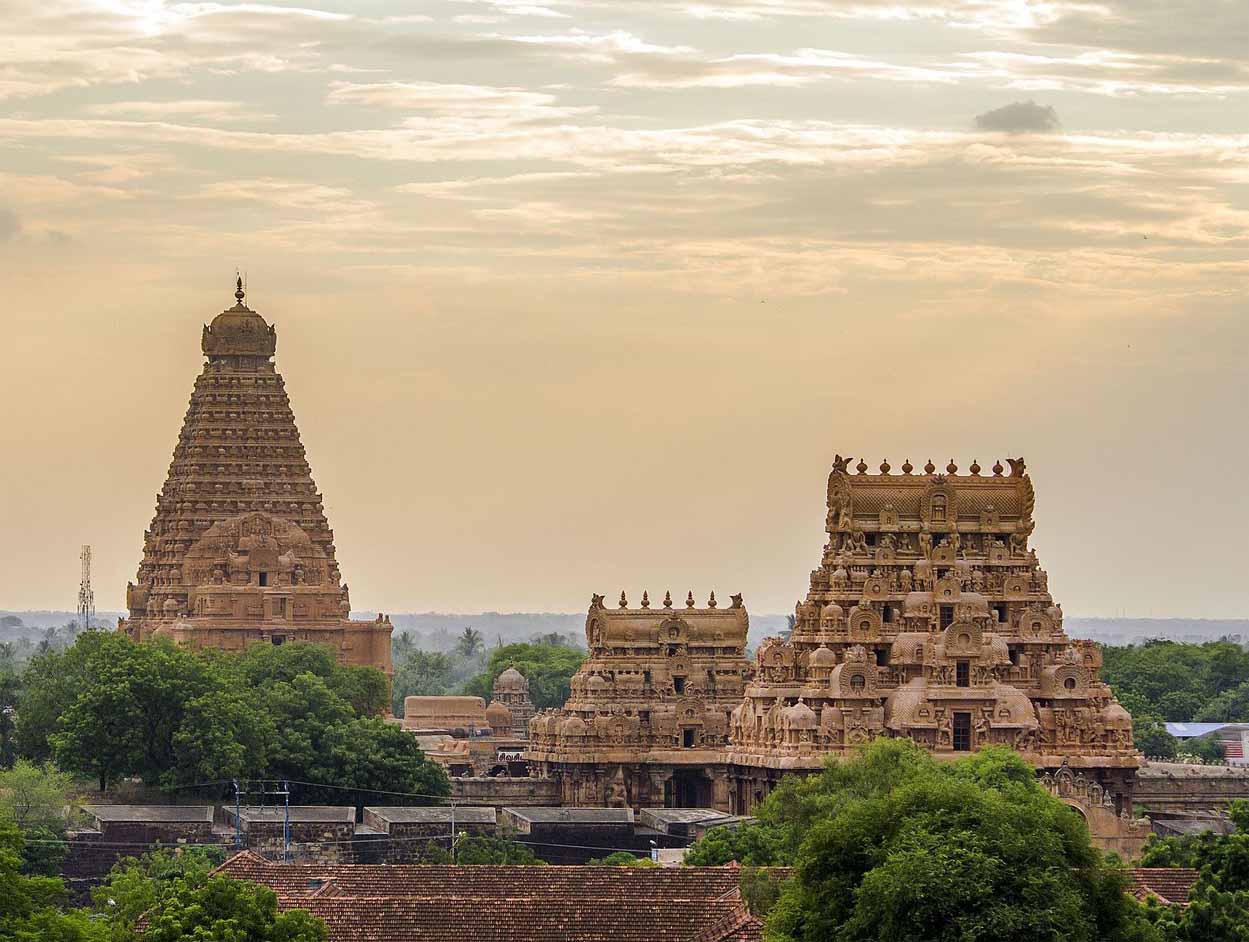 Must Visit places in Tamil Nadu

Tamil Nadu is a "land of cultural and religious heritage". It is a popular state in the south eastern part of the India. It is bordered by Karnataka, Andhra Pradesh, Kerala and Pondicherry and On the South eastern side, it shares a marine boundary with Sri Lanka. Chennai is the capital of this state.

Tamil Nadu has the largest tourism industry in India. It has most remarkable temple architecture in the India and a living tradition of music, dance, folk arts and fine arts.

Tamil Nadu is famous for its temple towns and heritage sites, waterfalls, hill stations, national parks, wildlife, local cuisine and the natural environment. Tourists coming to see the famous Meenakshi Temple, Rameshwaram, Kanyakumari and Ooty is the beautiful hill station. The intricately carved structure of Mahabalipuram offers an insight into the architectural splendour of the Indian Civilization.

Wildlife of Tamil Nadu, There are 17 wildlife sanctuaries and 5 national parks in Tamil Nadu of which one is a tiger reserve. The famous forests are Nagarhole , Mudhumalai and Bandipur in the state. It has dense forest that is inhabited by large and small animals including tigers, elephants, leopards and endangered species like the Golden Langur and black buck.

Well developed infra by land, sea and air, so nationally and internationally connectivity is very good. Diverse range of tourist activities like hill stations, beaches,  and forests. It is the great destination for families, honeymooners, adventure travellers, wildlife enthusiasts.

In peak season, some popular tourist destinations may get very crowded as well as In summers, like may get very hot.

Tamil Nadu has a great tradition of heritage and culture that developed over 2,000 years ago. The most of person here will be likely to follow the age old traditions. The people are rather welcoming and warm in nature here. A lot of people are still living in rural parts of the state. Majority population are of Hinduism and most of the population live in Chennai, Coimbatore, Madurai etc.  The language of Tamil Nadu is Tamil. Over all 18 other languages that are also spoken here.

The culture of Tamil Nadu has verity of its rich history. Bharatnatyam is the traditional Tamilian dance form practised in temples before gods. It is one of the seven classical famous dances of India. Kuchipudi dance is also popular here. In the winter, Natyajali, Mamallapuram dance festivals and Thyagaraja Music Festival are held and huge crowds come from all over the world to see it.

For social and cultural gathering, temples are great places in this state. Gangaikondacholapuram, Mahabalipuram, Nataraja, Brihideshwara, Meenakshipuram and Tanjore are some of the famous temples located in the state.

The most famous of the art forms is the Tanjore painting. Woodcarving too is highly developed in this state with pillars of temples to everyday kitchen items bearing intricate carvings.

The famous local food of Tamil Nadu are consists of rice, lentils, legumes with spices such as coconut, curry leaves, cinnamon, cloves, ginger, garlic etc. Vegetarian and non-vegetarian food are there.

The cuisine of Tamil Nadu consists of Rice, Sambhar, curd, a pickle and two types of vegetables. Popular foods are Idilis, Dosas, Upma, Sambhar, Parota, Pongal, Rasam. Traditionally, this south Indian cuisine is served on a banana leaf and people sit on the floor to eat. In sweet, Kesari, Payasam, Sweet pongal are most popular. Filter coffee is a specialty of the south-Indian cuisine.

This is nice place to visit.. food is also tasty here.

Here is what travers & fans of Tamil Nadu tourism are talking about.