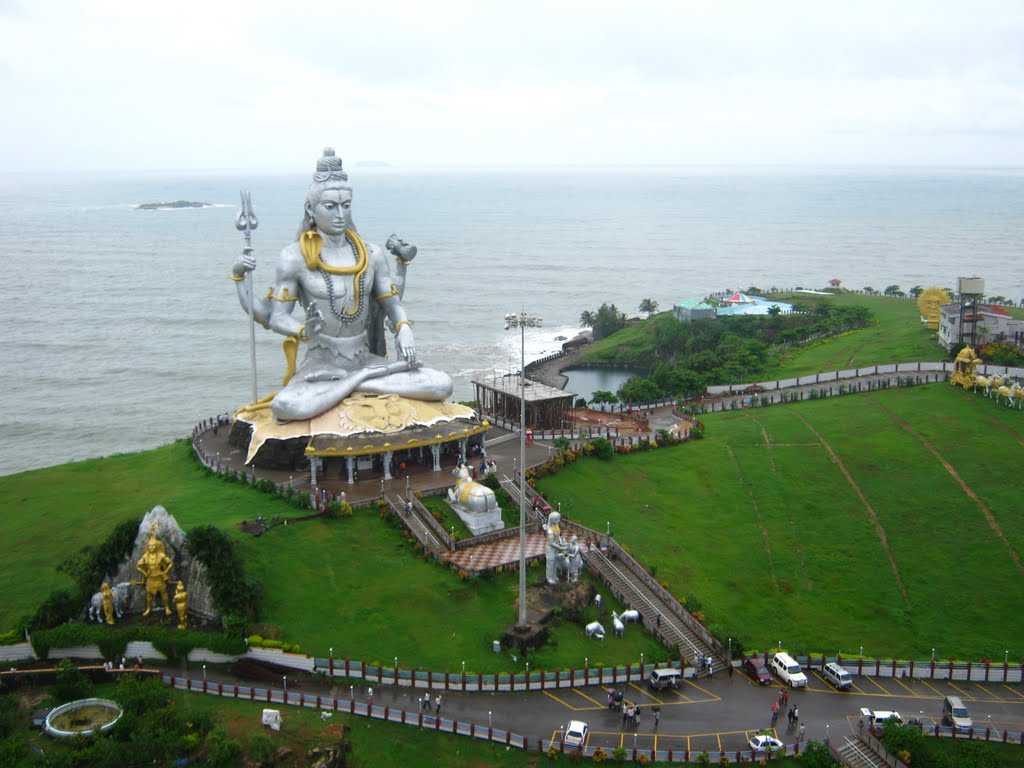 Must Visit places in Karnataka

Karnataka is also known for "One State, Many Worlds". It is 3rd most popular tourist state & 6th largest state in the country.
Karnataka can be expanded into 4 geographical regions, From Belgaum in the North Karnataka, the Hill Stations, Coastal Karnataka and Bangalore in the South Karnataka. Bengaluru is the capital of the Karnataka and It's also known as the "Silicon Valley of India".

It Has 507 of the 3600 centrally protected monuments, which is second highest number in India. so it is also famous for monuments.  In Sharavanbelagola in Karnataka, The world's largest monolith structure are there, the statue of Lord Gomteshwar sees tens of thousands of pilgrims during Mahamastakabhisheka festival. It is a great tourist destination and has beautiful beaches adorn the coastal line to the midst of the state with lush mountains, valleys and landscapes of farmlands.

About wildlife in Karnataka, It has 5 National Parks and over 25 wildlife sanctuaries, In which famous are Brahmgiri Wildlife Sanctuary, Bannerghatta National Park, Peacock Sanctuary, Cauvery Wildlife Sanctuary and Nagarhole National Parks are most famous.  Animals that can be spotted there are Black Panthers, Bengal Tigers, Lion-tailed Macaque, Nilgiri Langur, Malabar Giant Squirrel. It is famous for bird watching along with 300 plus various species of birds, reptiles and butterflies.

Karnataka is developed as forerunner in the Information Technology Hub in the country. Tourists come here for wildlife exploration, rejuvenation, bird watching, western ghats  and eco-tourism. Other people come for business also.

Due to lack of well-placed public transport system, travelling within the state can be quite a hassle.

Karnataka is very famous for its culture. It has all combination of The Malayalis, the Tamils, Konkanis, Kanada, Marathi, even the Muslims and Christians in Karnataka their home with their culture beautifully merging with that of the state. The majority people are Hindus, then Muslims and Christians. The language are Kannada though Konkani, Tamil, Urdu, Malayali and Hindi are widely spoken in this state. Their primary occupation is agriculture, like most middle-class people, in Karnataka too people usually have jobs rather than their own business which is why the middle-class culture imitates. Due to Bangalore developing into a commercial city and Karwar the port city now has the second Indian Navy Base.

In Karnataka, most common food is rice, pulses and rotis made of wheat/jowar along with rich, spiced curries etc. It has vegetarian and non-vegetarian dishes. The famous local food are Idli, Masala Dosa, Vada sambhar, Bisi Bele bath, Vangi bath, Akki roti etc. The Masala Dosas & variety of idlis, Rava Dosas and Medu Vada all are part of the Udupi cuisine famous in the state.
In sweet dishes, Sambhar and rice for the Sweet Tooth, Dharwad's Peda, Mysore Pak, Sajjige and Holige are famous.

It's really super place for monuments.

Here is what travers & fans of Karnataka tourism are talking about.

Dudhsagar Falls is a four-tiered waterfall located on the Mandovi River. It is located on the Madgaon-Belagavi rail? https://t.co/UksdOw88TE
Majestic Western Ghats ??? #KarnatakaTourism https://t.co/ODSe40s5uf
#bengaluru #karnataka #bangalore #kannada #india #mysore #sandalwood #mysuru #mumbai #nammabengaluru? https://t.co/Fj4BTzYa5r
A scenic detour from Mysuru. KSTDC's two-day trip to Ooty, a quaint little hill station, is a perfect add-on to you? https://t.co/Z26QWBpmci
Sunny yellow or classic blue? Take your pick at Camp Monk Bannerghatta! Visit https://t.co/Ntq3hcICVh to check the? https://t.co/cGeR5Cfzuo
Badami?? #Karnatakatourism https://t.co/v6FKBy16mr
Savour the fresh scent of raindrops as they hit the ground, and the creaking of trees dancing to nature's melody.? https://t.co/8yPoCAkA1t
Thank you for sharing your wonderful feedback about your stay at Taj Madikeri, Coorg. Your extended family here at? https://t.co/ZvCVlCBQQS
RT @aranya_kfd: Our homes have a number, lane, area, town, and finally the pin code for an address but our terrestrial wildlife have theirs?
https://t.co/1iBvnXqUFp Contact no:-6364318081 #karnataka #travelkarnataka #karnatakatourism #india? https://t.co/yiTx2JEzth