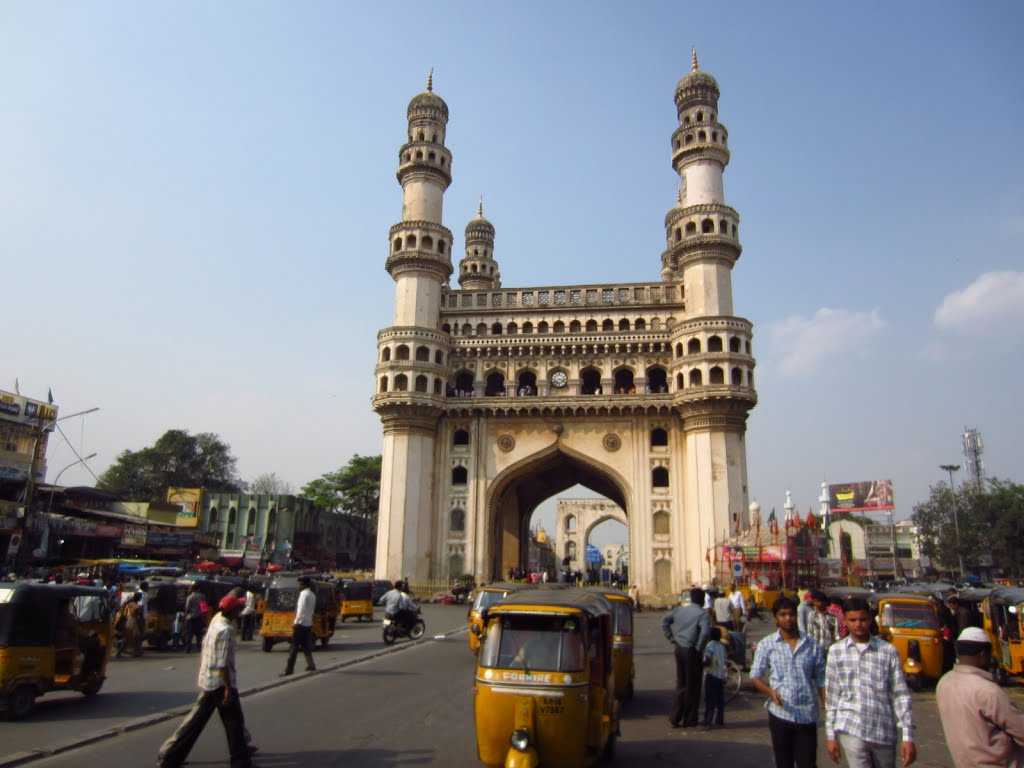 Must Visit places in Telangana

The famous Char Minar is located here, which is also a shared monument among the two states. However, Telangana has a lot more to offer than just that. The Chowmahalla Palace, the Golkonda fort are some of the historically significant sites situated in this state. The Kuntala waterfalls born out of a love story between a prince and a sage's daughter is one the largest waterfalls in this state which offer a cool respite to the tourists. Apart from this, there are many famous temples here such as Bhadrachalam and Mahabalipuram Temples; of which the Mahabalipuram temple is also called the Shore Temple owing to it's proximity to the beach.

Geography of Telangana Spread across an area of 1,14,800 square kilometres, Telangana shares borders with Maharashtra and Chhattisgarh to the north and north-west, Karnataka to the west and Andhra Pradesh in the southern and eastern side. Two major rivers which flow through its boundaries are Godavari and Krishna. While the Godavari flows through northern Telangana, Krishna streams through the southern part of the state. It has ten districts under its political boundaries including Hyderabad, Nizamabad, Warangal etc.

History of Telangana After India's independence, the States Reorganization Commission was established in 1953 under which leaders of Telangana and Andhra Pradesh decided that both states will be merged and function as one state, Andhra Pradesh. Since then it's reported that internally there were many protests to revoke this merger. As a result of the struggle for statehood, in December 2009, the Government of India announced that statehood be given to Telangana. Consequently, in 2013, Congress Working Committee also passed a recommendation for the formation of Telangana. Finally, in 2014 as the Andhra Pradesh Reorganization Act was passed, Telangana came into existence.

Language is major  problem in Telangana. 77% of the locals communicate in Telugu, other languages spoken in the region are Urdu, Hyderabadi, Kannada, etc. Handful people can speak and understand English.

People of Telangana are of Hindus, Christians and Muslims in the majority. Their customs and traditions are largely influenced by their previous rulers such as the Mughals, Turks and Arabs. Telangana - a state whose culture is a conglomeration of so many different cultures, infused brilliantly and harmoniously.

Local Food and Cuisine of Telangana

The cuisine in Telangana has two personalities, One being a simple and traditional Telugu platter and other an elaborate, spicy and tangy Nawabi cuisine. The area is the largest producer of rice, which naturally, also happens to be a staple ingredient here. Though the food is traditionally vegetarian, the areas closer to sea, have seafood as a more staple part of their platters, while, Coconut oil is an essential and distinct ingredient in both.

The cuisine of the area is also lined with a variety of pickles with Aavakaya, a mango pickle, being a local favorite. Muruku, Appadams, Onion Pakodas, Vadas, Idlis are the highlights of the Telugu cuisine here. So are the sweets like Payasam, Sheer Khurma, Bobbaltu, Bandhar Ladoo, Putharekulu. On the other hand, the Nawabi bit of cuisine here, uses a generous dash of spice, tanginess and a flattering use of oil. It derives influences from Arab, Turkish and Mughal cuisines.

Hyderabadi Biryani, Kebabs, Moghlai Shwarma, Kodi Iguru, Gongura Mutton, Kodi Pulusu are the delicacies with which the cuisine of the area is identified. The main ingredients used are Lamb, Chicken and fish. Sheer Korma, Khubani ka meetha, Gajar ka Halwa, Seviyan ka Zarda are the sweets that define the desserts in the area.

Here is what travers & fans of Telangana tourism are talking about.