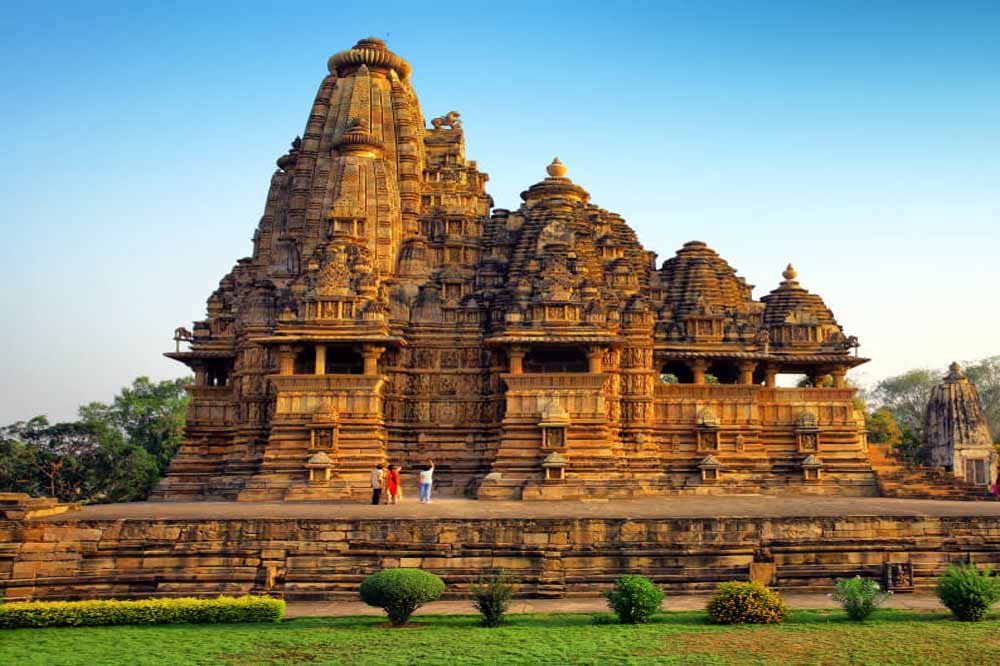 Must Visit places in Madhya Pradesh

Madhya Pradesh is known as "The Heart of Incredible India". It got its name because of it is geographical located in the Centre of India. Madhya Pradesh gives a taste of the entire India packed within its geographical boundaries. It is one of the few states that is surrounded by other states on all its side; it doesn't share its border with another country. The state of Madhya Pradesh lies in the plain regions of the country. It occupies one of the oldest parts of the Indian Subcontinent which was once the land of the Gonds called the "Gondwana".

Madhya Pradesh has beautiful cities and historical places. One temple is in Indore famous which made of glass. Ujjain is a famous place in the world for "Mahakal Temple". Every twenty years the grand fair of Kumbh Mela is organized here. Madhya Pradesh is particularly famous for its Khajuraho temples which exhibit the erotic sculptures depicting the ancient India Kama Sutra text. The great Sanchi Stupa constructed during King Ashoka's reign is situated here in Bhopal. The Bandhavgarh National Park which houses the Barasingha and the Tigers reserve is also located here. Hindi is widely spoken here along with some tribal languages. English isn't strong in the outskirts of the state.

The state of Madhya Pradesh has been ruled by many famous empires of India. Dynasties like that of Sungas, Andhras, Satavahanas, Ksaptrapas, Nagas and the Guptas ruled over this place. In the earlier times, the influence of religions like Hinduism, Buddhism, Jainism and Islam are still evident in the historical places here. After the British had taken over the state, it was declared as the central province. After the Independence, under the provision of the state reorganization act of 1956, Madhya Pradesh was given the status of a proper state on 1st November 1956. Chhattisgarh was carved out as a new state in November 2000 to fulfil a demand that was long due.

Adventures in Madhya Pradesh Many cities provide you with perfect opportunities to try out some thrilling adventures. River Rafting in the wild and turbulent waters can be best experienced on Betwa River. The 3 hours river rafting expedition will take one to the Orchha Wildlife Sanctuary to the Kanchan Ghat. Kanha National Park is the largest national park in the state. Head out for an exciting wildlife safari in the park. Since MP is bestowed with a myriad of landscapes and historical architecture, trekking is always fun here. Best treks in Madhya Pradesh are Kanha Trek, Pachmarhi Trek and Amarkantak Trek. For rock climbers, Lanjee Giri in Panchmarhi serves as the perfect place.

Centrally located and well-connected with all parts of India. Ii has a wide variety of tourists places including wildlife sanctuaries, historical and religious places.

There are many vibrant festivals of the state which celebrates its culture and history. Some of them are

Lokrang Festival - It held in Bhopal in the month of January, it is a cultural festival which showcases folk dance and music.

Khajuraho Festival - One-week-long festival, it is a demonstration of all the Indian dance forms like Kathak, Bharathanatyam, Odissi, Kuchipudi, Manipuri and Kathakali. They are performed opposite to Chitragupta and Vishwanatha Temple. It is held in February to pay tribute to the creators of this temple and to celebrate the dancing spirit of India.

Bhagoria Haat - It is the colorful festival of the Bhils and the Bhilalas. This is a fascinating and unique festival. Held in March, it is a celebration of young girls and boys where they elope after choosing their partners and are later on accepted as husband and wife by the society through prearranged customs. According to the tradition, the boy applies gulal, red powder, on the face of the girl whom he chooses as his wife.

Ujjain Kumbh Mela - It is attended by thousands of devotees. You can participate in bathing in rivers, mass feeding to the people and debate about mythology.

Other festivals of India like Holi, Deepawali and Dusshera are also celebrated with great pomp. Traditional Dresses of Madhya Pradesh Men like to wear Dhoti and Safa or Turban. Mirzai and Bandi are other traditional costumes for men in Madhya Pradesh. They are in a black or white jacket. Women mostly wear the most common traditional dress, Lehenga and Choli, with Orni to cover head or shoulders. Bandhani dresses are also famous in Ujjain, Indore and Maundsar. During regular days, western wear is highly preferred by everyone. Silver jewellery is mostly worn by tribal people.

The state of Madhya Pradesh located in the central part of the country of India is mostly inhabited by different tribal communities. People lead an easy and slow paced life. Apart from them, population mainly comprises of people belonging to the religions of Hindu, Muslims, Jains and Parsis. Among them, Hindus form the majority. The most popular tribal groups residing in the state are Baigas, Bhilals, Bhils, Gonds, Halba, Kamaras, Kols, Korkens, Murias, Oraons and Sahariya.

Culture of Madhya Pradesh Geography of Madhya Pradesh Madhya Pradesh lies in the middle of India because It shares its borders with five neighboring states namely Rajasthan, Uttar Pradesh, Maharashtra, Gujrat and Chhattisgarh. The state covers a wide area of the Indian plateau region. Some significant rivers flow through this land like the Betwa River, Chambal, Indravati, Mahanadi, and Sone River. Vindhya and Satpura mountain ranges are mostly inhabited by Bhils, Gonds, Korkus. Bhopal is the capital of the state.

The cuisine at the Madhya Pradesh is lined with diverse styles and specialties, which vary across the geographies of this vast state. it's only natural that the food here too sustains a vibrant variety, grandeur and a flavor of its own. The main elements of the food are Wheat, Rice, Meat, and Fish. Poha, Pilaf, Rogan Josh, Dal Bafla, Biryani, Kebabs, Korma, Jalebi, Ladoos are the specialties that the state is known for. Another tint of the state is found in its vibrant street food culture. The streets are filled with traditional delicacies such as Bun Kabab, Paya Soup and much more. Lassi, Beer, Sugarcane Juice and some locally made alcoholic beverages are also staple items of the state's cuisine.

Here is what travers & fans of Madhya Pradesh tourism are talking about.