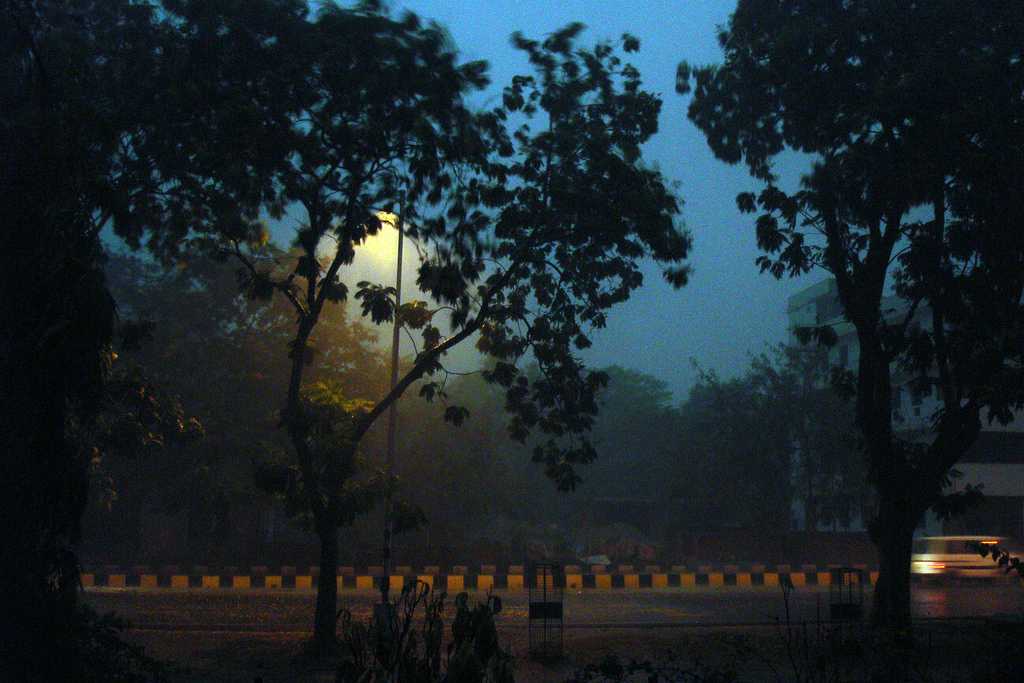 Must Visit places in Jharkhand

Jharkhand is "A New Experience" of tourist in India. Jharkhand was earlier part of Bihar, and it became India's 28th state on 15th November 2000. Jharkhand is 'the land of forests' as its name suggests and the state is famous for its rich variety of flora and fauna. The scenic beauty of forests, hills and plateaus from the Lodh Falls leaves an enchanting impression on tourists while the lush green forests that surround the state keeps it green and clean. One of the best places to visit for wildlife aficionados and nature lovers, Jharkhand is a state replete with a vast bounty of towering mountains, dense forests and gushing waterfalls. Blessed with a plethora of natural scenic vistas, Jharkhand is the place for you be if you are on the lookout for a one-on-one rendezvous with unperturbed, untouched nature. There is more to Jharkhand than just its scenic landscapes though, with several museums, temples and wildlife reserves scattered around the state. Formerly a part of Bihar, Jharkhand was carved out as a separate state almost two decades ago, thus creating the base for a glorious history, a diverse culture and tribal simplicity that the state can now call it's very own. Nature is considered as a vital and important part of the life of tribal people who dominate the state, and this is one of the reasons that you can have a panoramic view of nature and its beauty. Daasam Falls, Ranchi Hills, Baidyanath Dham and Sun Temple are some of the major tourist attractions in Jharkhand.

Attractions Near Jharkhand Waterfalls The top tourist destination in the city which promises to offer breathtaking views of some of the most majestic waterfalls in the country is Ranchi. The capital of Jharkhand is famously known as the "City of Waterfalls", with the must-visit waterfalls including the Hundru Falls, the Dassam Falls, the Panch Gagh Falls, and the Jonha Falls. Bordered on all sides by rocky hills with mighty waterfalls cutting through the heart of the city, Ranchi is one of the most aesthetically beautiful cities not just in Jharkhand, but in the entirety of the Indian subcontinent as well.

Jamshedpur Jharkhand is home to Jamshedpur, which has acquired the title of "Steel City of India", making it another popular tourist destination in the state. Renowned for being one of the most well-planned cities in the country, Jharkhand is an industrial city founded by Jamsedji Nusserwanji Tata, the founder of the Tata Group. Don't be misled by the tag of an industrial city, though, because Jharkhand abounds in greenery and natural beauty, with must-visit tourist attractions being the Dalma Hills, the Jayanti Sarovar, the Hudco Lake, the Bhuvneshwari Temple, and the Tata Steel Zoological Park.

Hazaribagh The most picturesque city in Jharkhand is Hazaribagh, a city abundant in rolling hills, crystalline waterfalls, and lush greenery all around. Literally meaning the "City of a Thousand Gardens", Hazaribagh does have its fair share of gardens, but it also boasts of a plethora of other attractions that beckon tourists to visit the city all year round. The most important places in the city that you couldn't forget to visit include the Hazaribagh Wildlife Sanctuary and National Park, Canary Hill, Isko Village, Rajarappa temple, Konar Dam, and Suryakund. Deogarh Deogarh, with its numerous temples scattered all across the perimeters of the city, is another important tourist destination in Jharkhand.

Deogarh is home to the famous Baba Baidyanath Temple, which finds mention in history for being one of the twelve "Jyotirlingas" present in India. If you are looking for a divine connect, Deogarh is a must-visit location, with other important attractions of the city being the Trikuta Hills, the Satsanga Ashram, Hathi Pahar, Nandan Pahar, and the Shivganga Pond. Paitkar Paintings Paitkar paintings are one of the oldest in the tribal handicraft category in the country. Popularly known as scroll paintings, the makers of these paintings are mostly based out of a small village called Amadubi in East Jharkhand. For years, generations of the villagers of this village have been making Paitkars for their livelihood.

Cattle fairs Jharkhand has a unique tradition of fairs and festivals owing to its rich tribal culture. Throughout the year, the state hosts many cattle fairs across different locations on various religious occasions. Kunda Mela in Pratarppur, Kundi and Kolhaiya Mela in Chatra, Tutilawa and Belgada in Simaria are the most popular cattle fairs. These fairs make for a brilliant opportunity for meeting and documenting the lives and culture of the locals of Jharkhand. Languages of Jharkhand While the official language of the state remains Hindi, a lot of other regional languages like Bhojpuri, Oriya, Bengali, Sadri, Urdu and Angika are widely spoken and understood in different cities of Jharkhand. Most of these languages are connected to the Indo-Aryan Languages. Other than this, a significant number of locals communicate in Munda languages which are related to the Austro-Asiatic language family.

Jharkhand has it all forests, hills, valleys, waterfalls and wildlife. It is for a family trip or plan a special trip with friends particularly interested in history and culture.

It is a known fact that Jharkhand has been the center of Naxalite- Maoist Insurgency in 1967 and is often considered unsafe.

The people of Jharkhand belong to different tribes like Baiga, Bathaudi, Asur, Banjara, Bhumij, Bedia, Binjhia, Santhal, Oraon, Birjia, Birhor, Chero, Gond, Karmali, Parhaiya, etc. These people include Dal, bhat and tarkari in their everyday meal. Craft is the important part of the culture of this state which includes wood crafts, bamboo crafts, Paitkar paintings and metal works. Dohari, Domkach, Janani, Jhumar, Mardana, Daidhara, Pahilsanjha, Adhratiya and Vinsariya are the different types of music practiced in Jharkhand played on musical instruments like Kadri, Gupijantra, Sarangi and Tuila, Vyang, Anandlahri and Bansuri while Paika, Chaw, Jadur and Karma are the various dance forms of the state. People of the state celebrate all the festivals with great joy and merriment like any other state of India, Kunda Mela, the Kolhua Mela, the Chatra Mela, the Kundri Mela and the Tutilawa Mela are some of the major fairs and festivals of Jharkhand. Geography of Jharkhand The state of Jharkhand was carved out of the southern part of Bihar in November 2000. Spread across an area of 79, 710 square kilometers, Jharkhand shares its borders with Bihar in the North, Odisha to the south, West Bengal in the eastern side while Uttar Pradesh and Chhattisgarh line its western borders. Capital city Ranchi is the most populous town in the state followed by Dhanbad which is the largest industrial city. Geographically, many parts of the state lie in the Chota Nagpur Plateau, and most landmass is covered by forests. History of Jharkhand According to historians, Jharkhand was a distinct geopolitical, cultural identity even before the rule of Magadha. It is believed that the local languages spoken by the tribal communities in Jharkhand today bore a resemblance to that of the Harappan culture. While the state is said to have been buried for the majority of the Vedic age, it was only during the reign of Mahajanpadas in 500 BC that India witnessed the rise of 16 states which practically controlled the entire Indian subcontinent. In that period, northern Jharkhand had aligned itself to the Magadha Empire and the southern part of Jharkhand was under the kingdom of Kalinga. Through the medieval ages, the state was ruled by dynasties of the Nandas, Mauryas and Guptas. Post India's independence, Jharkhand shares its history with Bihar. The demands for statehood for the tribal population started being raised right after the declaration of states. Finally, in the year 2000, Jharkhand was formed from southern Bihar. Today, the state alone accounts for 40% of total mineral resources of India.

Cuisine and Local Food of Jharkhand

Jharkhand's cuisine is simpler, but sustains a rich variety of preparations with relatively more subtle and natural ingredients and elements. So the food here is lighter and healthier. While Rice, Tarkari, Roti, Daal and sweets form the staple course here, various colorful and traditional versions and sides to these give rise to a perhaps lesser known, but splendid cuisine. Also subtle traces of a Mughal influence can be felt in the dishes here, adding a faint element of grandeur to the food here. Also the state takes equal care to the needs of both vegetarians and Non-vegetarians. Bamboo shoots, Handia, Mitha Khaja, Dhuska, Thekua, Litti, Arsa Roti etc are the items that Jharkhands cuisine is known for.

Here is what travers & fans of Jharkhand tourism are talking about.