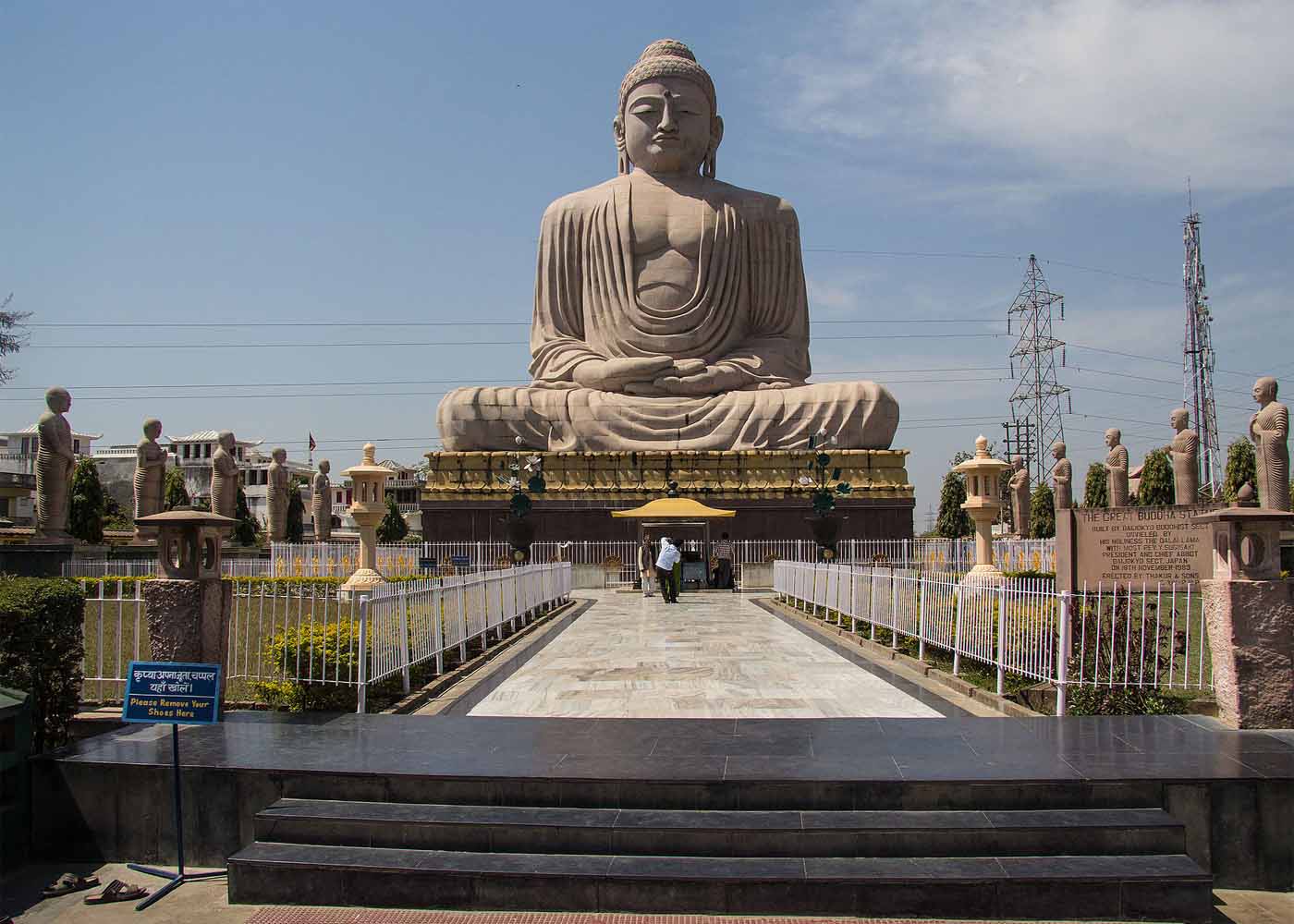 Must Visit places in Bihar

"Blissful Bihar" Bihar, a land of monasteries where Buddha once lived, Bihar is visited by huge number of Buddhist followers as well as tourists. Its association with Buddhism and Jainism makes it a must visit place for peace seekers, for people who like to feel the rural touch along with tribal culture and glorious past. Derived from the Sanskrit word "Vihara" which means monastery, Bihar has one of the most glorious past in the context of Indian history. The spiritual importance of Bihar comes from the fact that it is the place where Buddha once lived, attained Nirvana and his footsteps can be traced in his teachings and monuments which stand still to guide people and show them the right path. Bihar is a blessed land as it was here that under a Bodhi Tree that Prince Siddhartha meditated to attain enlightenment and came to be known as Buddha forever after that. Not just for Buddhists but Bihar is also a significant destination for Jains, and it is the amalgamation of religion, spirituality, history and education which makes the state one of its kind. While every city of Bihar has something to offer some of the major attraction cities are Bodh Gaya, Patna, Rajgir, Vaishali, Nalanda and Pawapuri.

Bihar is located in the eastern parts of India, situated in the Gangetic plains and it shares its borders with Uttar Pradesh on its west, Jharkhand on its south, West Bengal on its east, and Nepal on its North.

Road, rail and air connectivity is developed very well. A variety of tourist destinations for all kind of visitors.

What's not so Great?

Some areas are underdeveloped and not tourist friendly. High incidence of petty crime.

Festivals of Bihar Bihar has a unique confluence of Hindu, Buddhist, Sikh, Islamic and local tribal traditions that are expressed in the way all the festivals are celebrated with great pomp and vigour. Chatt Puja is one of the most important festivals and entails fasting and cleansing rituals in the river Ganga. The final celebratory puja and procession are very colorful dedicated to the Sun God. The Sonepur cattle fair is another grand occasion that is a delight for tourists as cattle traders from all over the region gather to trade their animals and wares. It is the largest cattle fair in India and offers unique insight into the rural life of India. All the main Buddhist festivals are celebrated with great enthusiasm in Gaya, and Buddhist devotees from all around the world come to visit during this time. The Pitrapaksh Mela and Mithila marriage market are other famous fairs in the state The Birthplace of Buddhism Present day Bihar was the nerve center of ancient India and was the hub of political, intellectual and philosophical activity. Buddha attained Nirvana here and also preached his doctrine in most of the major cities. Famous Buddhist sites include Bodhgaya where the Mahabodhi Temple and Mahabodhi tree are located. This temple was built in the 3rd century BC and has been declared a UNESCO World Heritage Site. The Nalanda and Vikramshila universities are sites of the refining and spread of Buddhist philosophy to various parts of the world and are currently being restored for their heritage value.

Biharis are simple, hospitable and self respecting people with well-developed political instincts and cultural sensibilities. Cloth paintings from Madhubani and Mithila, silk from Bhagalpur, cotton fabric hand woven in Patna and Bihar-Sharif, tribal crafts from the rich tribal belt of Jharkhand, baskets, and carpets woven in Obra in the Aurangabad district (Bihar) are the crafts that are still thriving in Bihar. A degree of anarchy prevails in the state despite its respect for education and its tolerance for religious diversity. Hinduism and Islam are major religion followed by a great number of people in Bihar. Hindi is the official language of Bihar. Local dialects include Bhojpuri, Bihari, Magahi and Maithili Geography of Bihar Bihar is a north Indian state located to the South of Nepal bordering other Indian states of Uttar Pradesh, West Bengal, Jharkhand and Madhya Pradesh. The land is flat, fertile and irrigated my many rivers including the Ganga and its tributaries like Kosi, Sarayu and Bhagmati. These rivers originate in the Himalayas and flow down to the foothills located in Bihar. Most of the rivers are perennial and significantly enhance agricultural productivity of the state. Patna is the capital city, and Nalanda, Kushinagar, Muzzafarpur, Gaya and Vaishali are other major tourist and industrial cities. History of Bihar The current region of Bihar, because of its geographical location and climatic conditions, was the capital of many empires and also saw a boom in economic, political and intellectual activity in ancient times. The Maurya Empire was centered around Patliputra (Patna) and spread to almost all of India from here. After the 3rd century BC, this empire declined to give way to the Gupta Empire. The Sanskrit language attained its best form in Bihar, and many famous works like Abhijanshakuntala were written in this state. The Pala dynasty also made Patliputra their capital, but the importance of Bihar declined during the Medieval age as political activity shifted to Delhi. During the struggle for independence, the iconic Champaran Satyagrah, Gandhiji's first satyagraha in India took place in Bihar. Many prominent leaders of the freedom movement like Dr. Rajendra Prasad, Jayaprakash Narayan, and Khudiram Bose emerged from Bihar. Currently, it has an imperative status in Indian politics because of its large population and adequate representation in the administrative and political cadres.

Local Food and Cuisine of Bihar

Local Food of Bihar are varies with areas. Bihari cuisine is predominantly vegetarian because the traditional Bihar society, influenced by Buddhist and Hindu values of non-violence, did not consume eggs, chicken, fish and other animal products. However there is a tradition of meat-eating, and fish dishes are especially common due to the number of rivers in Bihar, such as the Sone, Gandak and Ganges. Bihari cuisine spreads a little beyond Bihar to Jharkhand, Eastern Uttar Pradesh, Bangladesh, Nepal, Mauritius, Fiji, some cities of Pakistan, Guyana, and Trinidad and Tobago as these are the places whereon can find a number of people from Bihar. There are also numerous Bihari meat dishes, with chicken and mutton being the most common. Common dairy foods including yogurt known as Dahi as well as buttermilk known as mattha, ghee, lassi and butter are popular. While Litti, Sattu Paratha, Malpua, Gol-gappa, Motichoor ke ladoo, Pakoda and a few more are the dishes with which Bihar's Cuisine is identified by the outside world.

Here is what travers & fans of Bihar tourism are talking about.