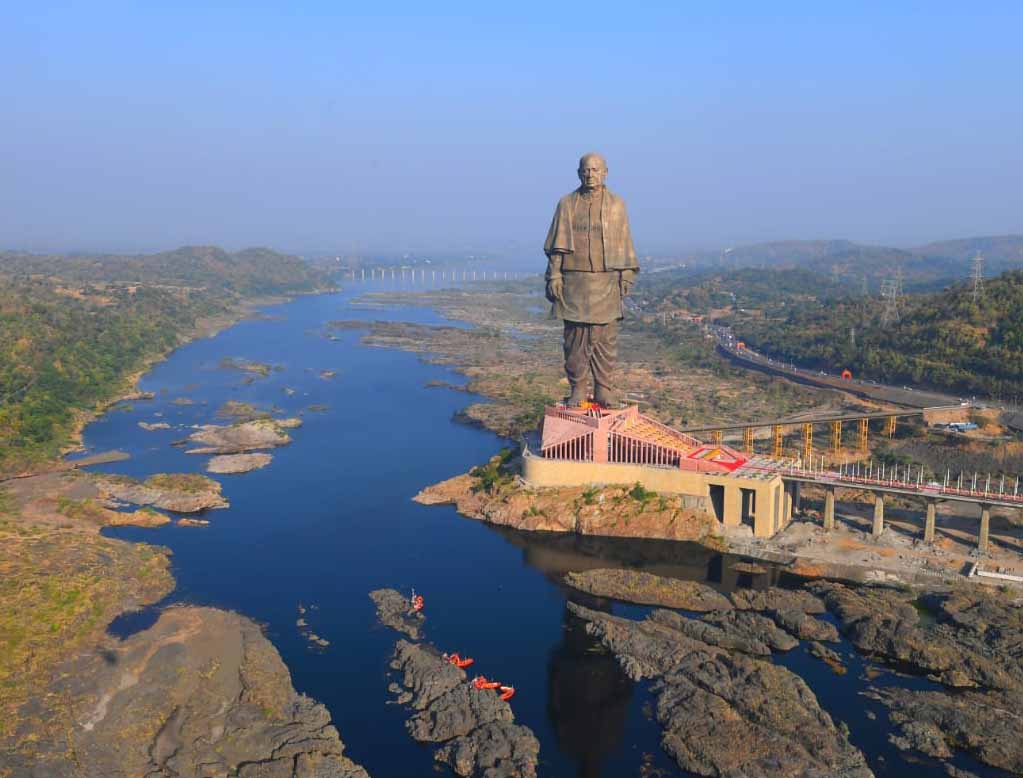 Must Visit places in Gujarat

Gujarat has vibrant culture, so also known as "Vibrant Gujarat". It is a famous state that is located in the western region of India.  Gujarati is the popular language in the state and spoken natively by 86% of the state's population. Visitors comes to Gujarat to see wildlife sanctuaries here. it has 4 national parks and 21 sanctuaries. It is the only home of Asiatic lions and Indian leopards are also found in the state. Apart from them, it is famous for its temples, historic capitals, beaches, hill resorts, fascinating handicrafts,the ancient cave paintings, historic murals, rich heritage apart from the scenic landscapes and mouth-watering cuisine are totally worth seeing. The natural beauty of it includes the Great Rann of Kutch and the hills of Saputara.

Porbandar is the birth place of Mahatma Gandhi (Bapu). Bapu had Sabarmati Ashram, also known as Gandhi Ashram and it is built by Gandhi and many of his followers. It has been developed as a tourist destination and has a museum chronicling his deeds. Kocharab Ashram near Ahmadabad was one of the first Ashrams set up by Bapu.

Well developed state with roads, rail-lines, air transport. so domestically and internationally connectivity is very well. Lot of modern amenities industries are here. Most of places easily suitable for all.

Alcohol is banned in the state which may discourage some visitors.

Gujarat is very famous for its culture. It's Traditional Gujarati Dresses and Gujarati Culture Geography of Gujarat. The kites, the decoration, the local stalls blended with the kirtans, bhajans and dances represent the actual tradition of Gujarat. "Garba Dance" is very famous which originated in the Gujarat. The name is derived from the Sanskrit term Garbha and Deep.
Gujarat religion, most of the Gujaratis are Hindus, Muslims and Jains and has some minority with Christian, Sikh and Buddhist. Gujaratis are known for being professionally businessmen.  Every people of Gujarat has their own business either big or small. Most of businesses are hotels and industries like textile and chemical mills from this state.
The Charans and Gadhavis are communities has knowledge of folk dances, folk music and folk arts. These folk songs are in the form of the lullaby, festive songs, Nuptial songs and Rannade songs.

The Famous Gujarati Local foods are Fafda, Thepala, Dhokla, Khandvi, Hahdwoh, Ganthia, Oondhiya, Debra, Kachori, Surat Paun are delicacies food here. Apart from these, Puran Poli, Basundi, Ghevar, Malpua, Shrikhand are the traditional sweet dishes are popular all over the country so you cannot miss.
The food is mostly vegetarian with sweetness and spice distinctly. Gujarati food normally served in metal platters or "thali" which include Puri, Dal, Kadhi, Chappatis, Salad, Pickles, Papad and a popular sweet.  For The Muslim peoples, they are known for their famous beef and soup preparations.

Gujrat is very nice place to visit. lot of places are there to visit and enjoy.

It's really good place to visit.

Gujrat is nice place for tourism.

Here is what travers & fans of Gujarat tourism are talking about.