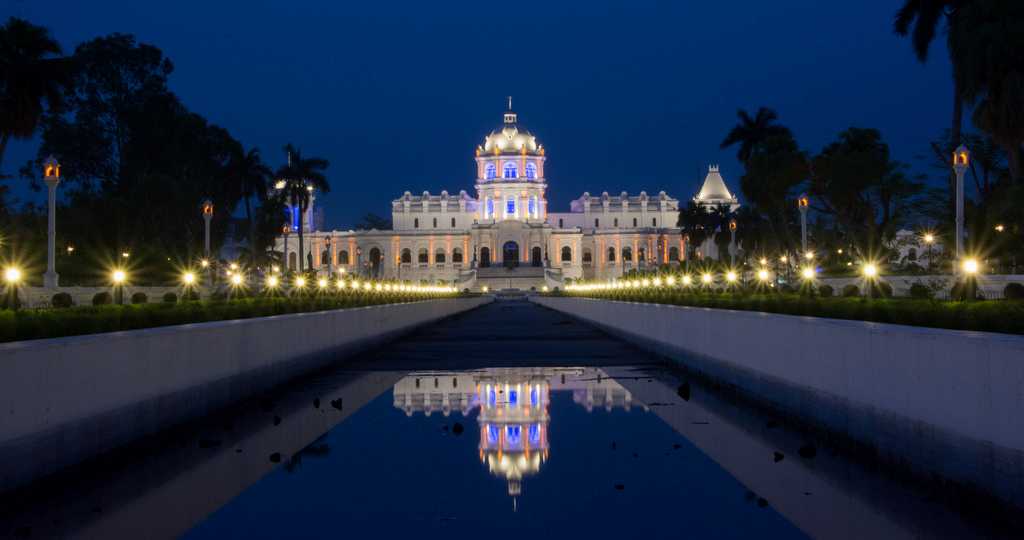 Must Visit places in Tripura

We can say Tripura is "Amazing Tripura". It has Rich in gorgeous landscapes, crystalline waterfalls, awe-inspiring mountains, dense forests, and a generous sprinkling of history and tradition, Tripura is a popular tourist destination situated in North-East India. This land-locked state nestled at the foot of the Himalayan mountains has a long historical legacy behind it.

The North-eastern state of Tripura is a landlocked Indian state surrounded by Bangladesh on three sides and by Assam and Mizoram on the Indian side. The terrain is mainly hilly, but there are also plateaus and flat lands because of the rivers that form the delta of the Brahmaputra. The state has ten major rivers, all of which later join the Ganga-Brahmaputra basin and drain into the Bay of Bengal. Because of the extensive river basin, this state has an abundance of forests and wildlife. However, deforestation is taking its toll on the natural habitat.

Agartala is the capital of the state and Trishna, Komalsagar, Belonia and Dharmanagar are other important cities.

Agartala, the capital of the state, is the most visited tourist destination in the state. While Agartala is more modernized and commercialized than other regions in the area, it is still largely reminiscent of its past, as seen from the vast variety of tribes still living in the town. Agartala has a lot of temples and palaces dotting its premises, the most famous of which include the Jagannath Temple and the Neermahal Palace. Another major tourist destination in Tripura is Udaipur, which is home to many important historic temples such as the Tripura Sundari Devi Temple, the Bhubaneshwari Temple, as well as other attractions such as the Sepahijola Wildlife Sanctuary and the Tepania Eco-Park. The Sepahijola Wildlife Sanctuary is one of the four most important wildlife sanctuaries and reserves in the state, and is home to over 150 different species of birds, including quite a few rare migratory birds as well.

How Tripura got its name is a matter of debate, and mythological and historical evidence sometimes clashes in this regard. However, the modern history of this state has been very well documented. The boundaries of this state have been in constant flux, and at different times, it has been under the control of Mughal and other Islamic rulers who ruled from Delhi. However, the kingdom has always retained a measure of autonomy even under the British because of its inaccessible terrain and kings ruling Tripura have never been directly deposed by foreign powers. Some part of the kingdom was lost to East Pakistan during partition, and this led to the geographical isolation of the region. More recently, there has been resentment in the state over the influx of Bangladeshi refugees and their distorting effect on the culture of the state. Today, the insurgency in the state has been contained, and the government is taking efforts to promote tourism as an important source of revenue for the state

Wildlife of Tripura The unexplored state of Tripura holds many natural wonders are just waiting to be discovered. Because it is not yet a popular tourist destination, the forests are pristine and untouched by human interference. The unique geography and climate have given rise to lush forests unlike any in India. Many rare and endemic species of animals and plants are found in the state. The Phayre's Langur and Green Imperial Pigeon are two such rare animals that have been designated as the state animal and bird respectively. Many protected areas in the state like Gomati, Rowa and Trishna wildlife sanctuaries, as well as eco-parks, developed specially for tourists to enjoy, are places that should feature on every visitor's list.

Beautiful untouched forests and pleasant climate throughout the year.

Tripura is a composite of many cultures from mainland India like Hinduism, Islam, Buddhism and Christianity as well as local tribal cultures. This gives the state a vast number of festivals that are all celebrated with equal enthusiasm.

Garia Puja and Durga Puja are both major festivals dedicated to goddesses of prosperity and regeneration. Dance and song form an important part of the festivities and both tribals and non-tribals participate equally in the celebration.

Buddha Purnima is another festival celebrated along with mainland India.

Karachi is another cultural fest celebrated in July that was started by the royal family of Tripura.

Bihu is a major tribal festival that sees an influence of Bengali culture and Christmas too is celebrated with great pomp.

The Garia dance is performed during the Garia festival to pray for the success of Jhum cultivation, Hozagiri dance of the Reang community, Bihu dance of the Chakma community and Hai Hak dance of the Halam community are other popular dance forms that tourists can get a glimpse of in this state. The most distinctive dance is the Lebang Boomani Dance that is performed at the advent of the Lebang insect that visits the hill slopes of Tripura. The men dance with bamboo sticks in their hand that make a peculiar sound while women try to catch hold of the Lebang insect. All these dances are related to stages in agriculture that still forms the main occupation of the people of Tripura.

The people of Tripura are mostly tribal and the largest tribe, the Tripuris, live in the west. Chakma, Halam and Usai are some other tribes while sizeable numbers of Reangs and Jamatias live in the north and south respectively.

Tripura was once home to the famous Manikya tribe, which resulted in the conception of a plethora of varied archaeological monuments and structures in the state, all of which attest to the rich cultural and traditional past of Tripura.

The most commonly spoken languages here are Kak-Barak and various dialects of the Tripuri language whereas Bengali is also a widely spoken language and it is also the official language as a major part of the population is of Bengali people.

Hinduism is the dominant religion in Tripura while there are practitioners of Islam and Christianity as well. Despite this diversity, all festivals are celebrated with equal fanfare and gaiety.

Local Food and Cuisine of Tripura

The Local Food and Cuisine of Tripura known as 'Mui Borok'. It is mild, organic, zesty with subtle yet distinct and aromatic herbs and spices. The food in Tripura derives its elements and flavors from the sections of Muslims, Bengalis and the tribal groups that call it home. Also while rice, fish and other non-vegetarian delicacies might dominate the platter, equally delicious options for vegetarians are available. Berma which is a preparation of dry and fermented fish is almost defining to Tripura's menu. So are the varieties of Champrai, Chakhwi, Gudok, Mwkhwi, Khalok and more. Fish stews and dishes of bamboo shoots are also popular and almost staple.

Here is what travers & fans of Tripura tourism are talking about.