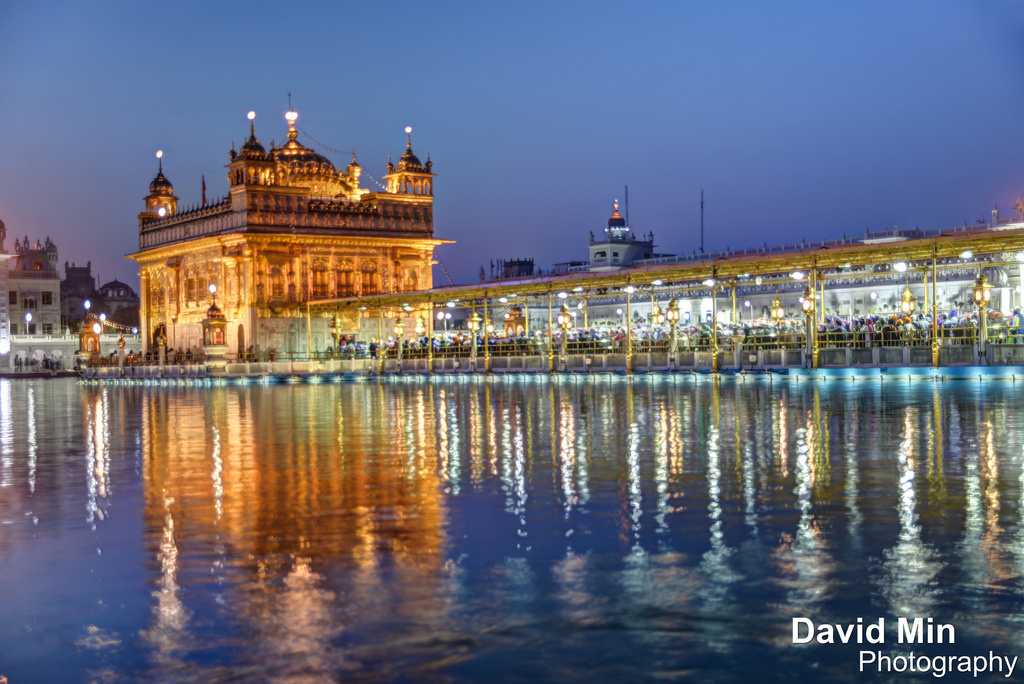 Must Visit places in Punjab

Punjab is a "Smiling State Of India". Punjab literally means the land of five rivers. A network of five rivers - the Ravi, Beas, Sutlej, Chenab and Jhelum. Agriculture is the 'culture' of the state of Punjab. Known for its cuisine, culture and history Punjab is visited by tourists who want to enjoy culture, ancient civilization, spirituality and history. The rich land of farms and forts, Punjab has been aptly nicknamed the smiling soul of India where you will always see smiles on the faces and joy in hearts of the inhabitants who take pride in their religion and culture.

Though the state does not have any major adventure activity to offer, yet entertainment is guaranteed as trip to this smiling state is like visiting joy and merry. There are many Forts in the state telling the tale of their past and history while the temples offer a calm and peaceful atmosphere. Golden Temple, Jallianwala Bagh, Wagah border and Sheesh Mahal are some of the major tourists attractions while the list is endless as every street of Punjab is an attraction in itself, each color of Punjab has a different story and unique beauty enfolded in it.

Punjab state is located in the north-western part of India. It is situated between Pakistan on the west, Jammu and Kashmir on the north, Himachal Pradesh to its northeast, Haryana and Rajasthan on the south. The topography of the state can be divided into two parts- the upper portion consists of the Shivalik area, and the rest of the Punjab is situated on the Sutlej-Ghaggar river basin. The largest city in the state is Ludhiana. The other main cities of Punjab are Amritsar, Jalandhar, Patiala, Bathinda, and Mohali.

The history of Punjab takes us back to the time when Aryans settled in the region in about 1500 BC. After this, Alexander the Great invaded Punjab and then, the rule of Chandragupta Maurya lasted until 1st century AD. By 1000 AD, Muslims took control of Punjab and finally Mughal rule was established. However, Guru Gobind Singh created an army of saint-warriors to protest against Mughalsughals. The Sikhs continued their struggle and after the defeat of Banda Bahadur, they established themselves as rulers of the grater part of Punjab. In the early 19th century, Britishers came over and after a long struggle for Independence, when India got freedom in 1947, Punjab was divided and a larger part of Punjab went to Pakistan.

It is a sacred and serene place and popular place studded with gleaming gurudwaras. It is perfect for religious people. Delectable cuisine.

Lohri festival - which marks the end of winter celebrates fertility. People gather around bonfires and throw puffed rice or popcorns in flames, sing popular songs and exchange greetings. A puja is also conducted.

Basant Panchami is another traditional festival of Punjab. Basant Fair is held, and people dress in yellow costumes. Kite-flying is also enjoyed during this festival.

Hola Mohallah is a three-day festival of the state and was started by Guru Gobind Singh. Thousands of Sikhs gather to celebrate. Horse riding, archery and sword fencing are an important part of this festival.

Baisakhi is also an important harvest festival for the winter crop, rabi. Processions are carried out throughout the state and Bhangra, or Gidda dance forms are also performed. Gurupurab is celebrated on the birth anniversaries of Sikh gurus. In religious processions, holy hymns are chanted. People visit gurudwaras, seek blessings and relish the sacred langar.

Traditional Dresses of Punjab Churidar and Kurta are most commonly worn by women. Phulkari, which is a type of flower work is unique to this region. Men wear Kurta Pyjama or Dhotis. Punjabis like to wear dazzling, shiny and dark colours. Colourful pagri or turban is customary for Punjabi men. Footwear includes Juttis, mostly for both males and females. Punjabis also wear kadhas, which are traditional steel bangles which have a religious significance. Besides these traditional dresses, people like to sport normal western clothes like jeans and shirts.

People and Culture of Punjab

The biggest community of Punjab comprises of Sikh and Jat. Those are extremely hard-working and are mostly into agriculture. Sikhism and Hinduism are the two major religions of Punjab, and there are followers of Islam, Jainism, Buddhism and Christianity as well. People worship Guru Gobind Singh, the tenth master of the Sikh religion. As per the Sikh religion, God is invisible and present in every form of life. The Golden Temple of Amritsar is one of the world-famous pilgrimage centres. The people of Punjab are well-known for warmth, hospitality and fun-loving nature as they celebrate all the festivals with great enthusiasm devouring hard on food and drinks.

Punjabi is the official and the local language of Punjab while people also communicate in Hindi, English and Urdu. Communication with residents will not be a problem if you are visiting Punjab for the first time. The rich culture of Punjab has songs for every occasion, and both men and women participate in this rhythmic and energetic dance form. The craft of needlework on bedspreads, garments and other textile products is practiced by the women and phulkari (embroidered floral motifs) is the most famous pattern.

Local Food and Cuisine of Punjab

Punjabi food is mouthwatering delicacies rich in color, ingredients, spices and the most elaborate and grand cooking styles. The national cuisine borrows some of its most popular and lip-smacking items from Punjab's menu from Tandoori Chicken, Naan, Paratha, Pakoras to delicacies of Paneer.

Here is what travers & fans of Punjab tourism are talking about.